The Fatherhood Educational Institute’s “Incarcerated Fathers Project” is a pilot program designed to empower incarcerated fathers to assume emotional, moral, spiritual, psychological and financial responsibility for their children, both during and after release from incarceration. The goal of the project is to educate fathers in real responsibility, not blame for who and what they are, and to thereby enable fathers to lead healthy and productive lives and create previously unimaginable bonds with their children.

The American prison system as it stands today is simply punitive, designed to warehouse rather than educate and rehabilitate. The United States now imprisons more of its population than any other country in the world. In 1970, over 200,00 people were incarcerated in state and federal prisons… today the number exceeds an astounding 2 million! 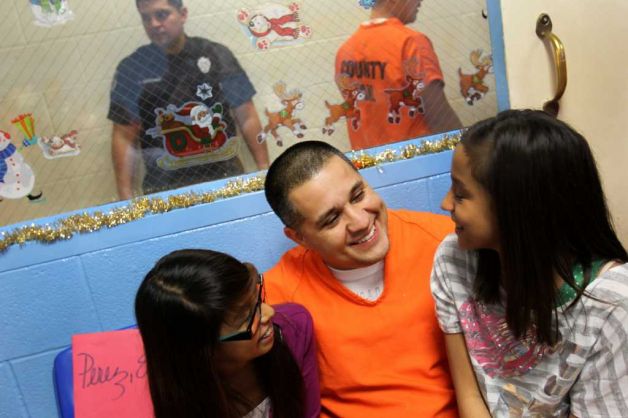 While rehabilitation was once a stated goal for the prison system, today funding for educational and rehabilitative programs has largely been abandoned. Politicians and the press often feed the public hunger for punishment over rehabilitation, blinding society to the ultimate cost of such a choice. Profit and vengeance are valued over people and their possibilities as human beings.

This increasingly inhumane system, if left unaddressed, will destroy American culture as we know it. The true losers in this system are the children, who are being physically and spiritually abandoned, left without adequate emotional and financial support to fulfill basic human needs.

What is Next for Incarcerated Fathers?

No matter what your background, the incarcerated fathers project urges you to take a stand for what is right, rather than for what is popular. Please join us today in fighting for a better and brighter future for our society!

Our current focus for connecting incarcerated fathers with their children is our Virtual Visitation Project. See Maurice’s story here.